Universal Credit And Self Employment

By ikaragroup June 7, 2018 Uncategorized
No Comments

Universal Credit And Self Employment 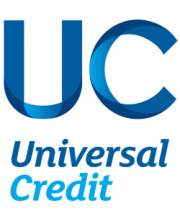 The government has published a report called Universal Credit: supporting self-employment which considers the issues faced by self-employed claimants.

The growth of self-employment has made an important contribution to the UK’s current record employment levels. It is estimated that around 5 million people which is equivalent to 15% of the workforce, are now self-employed. The department of Work and Pensions (DWP) wants to support low-paid people and to progress in work through Universal Credit.

The report considers the impact of the Monthly Income Floor (MIF) earnings requirement. To be eligible for Universal Credit, claimants must earn the MIF. However, the MIF assumes self-employed claimants earn a regular income of at least equal to the National Minimum Wage. As well as, making no provision for those with income and expenditure that vary from month to month. The report states that the MIF has been designed with monthly paid employed individuals in mind, rather than the self-employed who may have more volatile earnings.

It also considers the current system which allows self-employed individuals to be exempt from meeting the MIF for the first 12 months of self-employment and whether this is sufficient. The report urges the government to extend the exemption period.